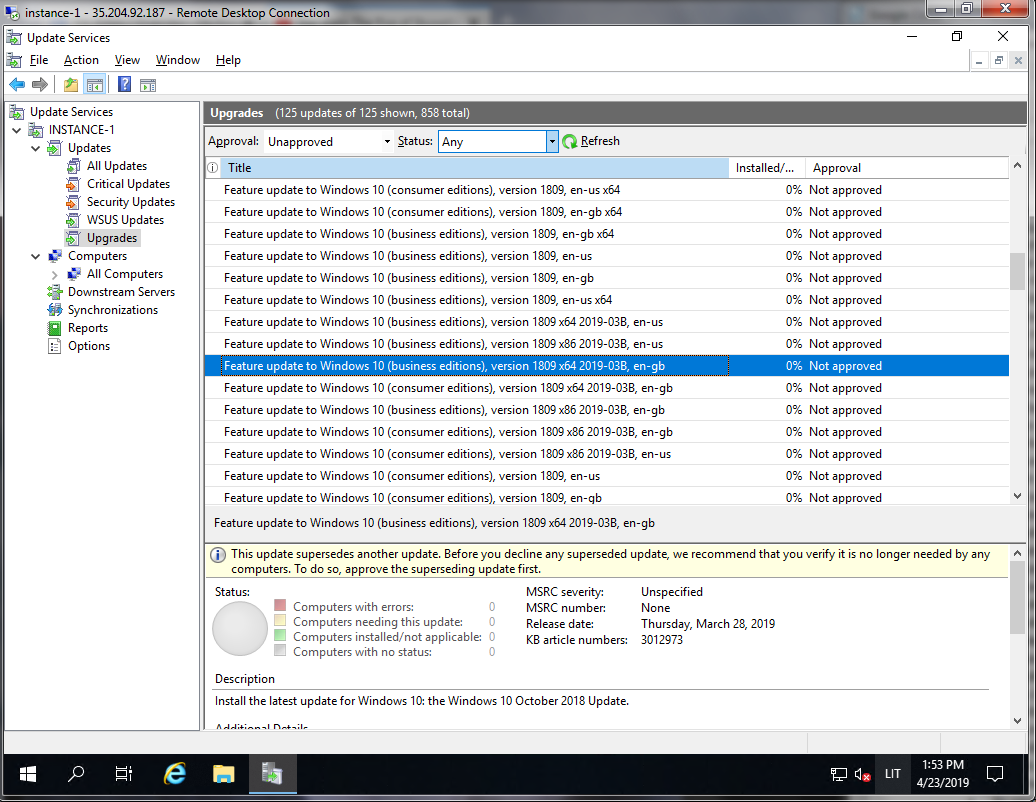 After quitting my job i didn’t have a chance to manage WSUS again. But i was curious how Windows 10 updates were handled in the recent months. So, i have spun up a Windows Server 2019 VM and installed WSUS. In the image above you can see all 1809 versions (Fall 2018 Update) currently available. 1809 first was released in the beginning of October and i was annoyed by the fact that by the end of that month there were still no separate install packages for x86 and x64 (which were introduced for previous versions to cut the size of install). It shows that separate x64 packages were released on November 27th. So it took Microsoft almost 2 months to do this. By that time i would usually already have all my PCs updated to the latest version. Ideally i would like to have separate packages be available at the same release date. Or we don’t even need combined packages. Anyway, turned out 1809 was a mess, so nobody hurried to install it. You can see that there was another build release in 2019 March (2019-03B), which probably had fixes for all 1809 nasty issues included. Interestingly, this time they released just separate packages for x86 and x64 at the same time and no combined one. Maybe they will keep this procedure. Will keep this VM around to check later. Obviously, there is no 1903 packages yet in the general Windows 10 product category (it is still in testing and wide release is planned for a second half of May). Although i saw “Windows 10 1903 and later” category in the list, but haven’t tried to sync it. This can be handy though. If your network only has PCs with say 1809, you don’t have to sync older updates, if you are setting up new WSUS service. Just pick the 1809 and later category and get only relevant ones.

UPDATE: On May 22 1903 version was officially released. It is already available in WSUS (there are separate x86 and x64 packages day one, and even arm64 update): 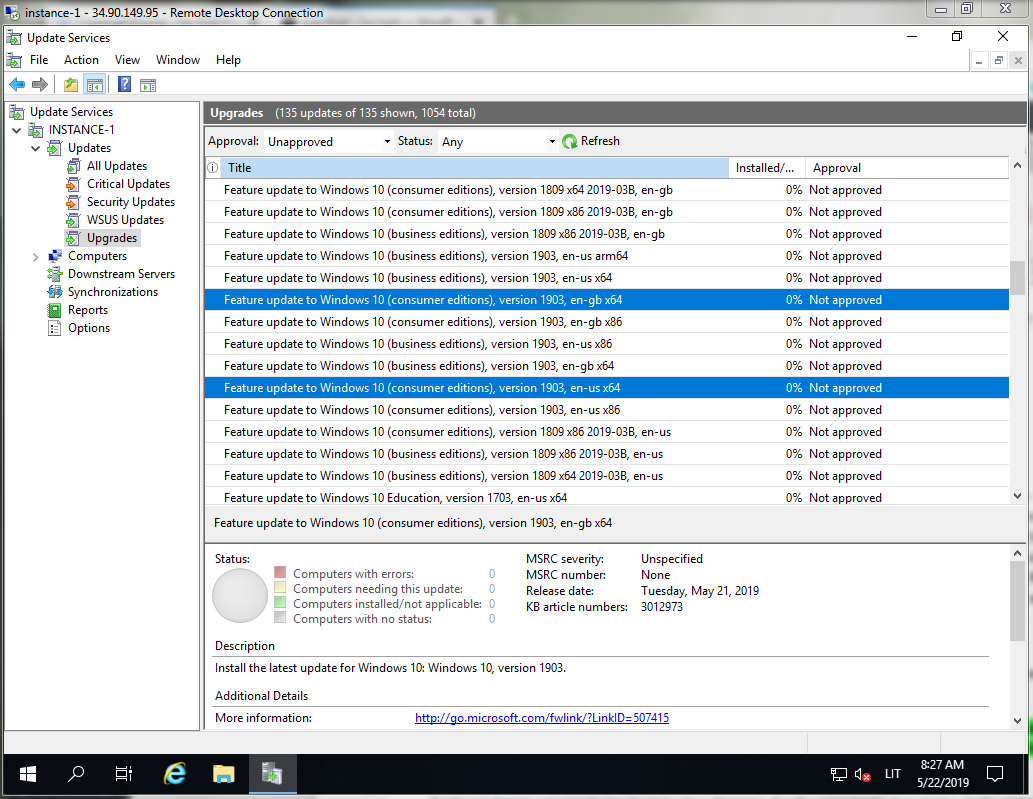