END_OF_DOCUMENT_TOKEN_TO_BE_REPLACED

As a follow up to Family Showdown channel’s list i have created my own Top 10 list of favourite board games mechanisms. I have listed a few games for every mechanism that i think represent it the best (of course, of those i have actually played). Btw, i have not consulted any official list of mechanisms when doing this Top 10. So i have came up with some on my own 🙂

One of the first mechanisms you learn when starting playing modern board games (and even some traditional card games). This is also often an additional mechanism in a board game. Like in Ticket to Ride where you have to collect sets of cards of a same color to be able to build tracks. In Tokaido you collect painting cards to create a beautiful panorama (and get lots of points by doing that). There are also small games, which are all about set collection, like Jaipur or Coloretto.

Not just rolling of dice, but allocation their results to various actions. This feels a bit like worker placement, but in this case results on the dice matter and changes the outcome. My favorite in this genre is my most played game – Zooloretto: The Dice Game. This is essentially “i divide – you choose” type of game. When you roll the dice and select how to spread them among the trucks. And then your opponent chooses whether to take some dice or roll more. In The Voyages of Marco Polo you place dice with their values on the spots to get the according number of resources. Dice Town also allows you to select how to use your “hand” of dice. And Nations: The Dice game lets you combine a few dice into a single value to purchase a card.

END_OF_DOCUMENT_TOKEN_TO_BE_REPLACED 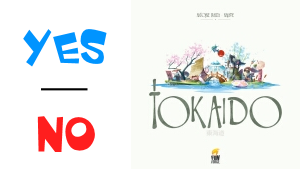