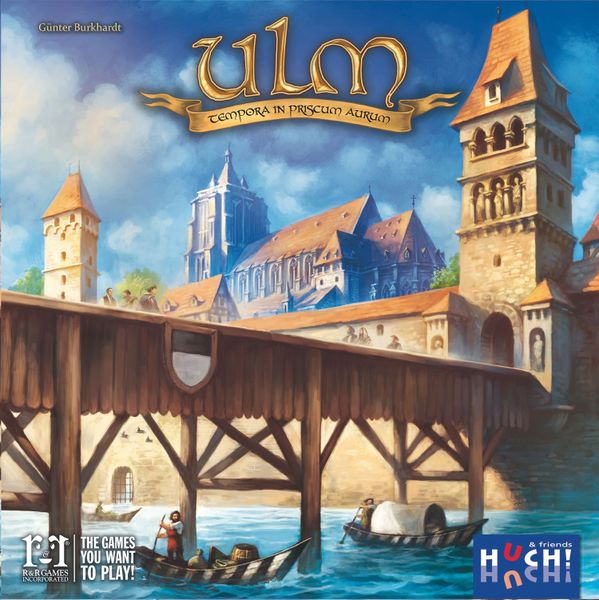 Ulm has one unique mechanism. And it seems that after its author came up with it, it looked interesting and it was decided to make a game around it and add a few usual euro game elements into the mix. This mechanism is a 3 by 3 grid of tiles and then you draw a tile on your turn and put it into a row or a column pushing it in from one side, so a tile drops out of grid on another side. You get actions on tiles that are still in the grid in the affected row or column and one of the actions also allows you to pick all the dropped tiles on one of the sides. Maybe it is not first time such mechanism was used in a game, but it sure looks fresh and fun. But it is still so minimal. You get 3 tiles out of 5 actions. Some of the actions are simply moving your marker on a river, get coins or a card. It is just not exciting enough. Other actions let you play cards, which is somewhat interesting, as cards usually have one time effects (get coins, points, tiles) or end game effects (collect a set of cards). Again, there is not a huge variety of cards and you just end up collecting sets of 3-4 cards. Then you can also place seals on the map and get shields with points, maybe a special ability. But. Everything feels just so boring. Starting with a theme (some medieval setting town, collecting coats of arms, building cathedral). I’m sure it has some historic background and value, but it feels stale. You are supposedly taking over some districts of a town, workshops, etc. But you just put markers on spots and that’s it. During one stage you can get a special ability, but only a few out of 5 are somewhat interesting. There is a variant to play with cards that change a rule every turn. It adds a little, but these changes are not ground braking. Oh, and i really dislike games that force you to do something or you will get negative points (like feeding people in Stone Age). Here you have to move a barge on the river and you have to do it a lot to get out of negative points. I also get similar feeling like with Voyages of Marco Polo, that i don’t get enough rounds to do something special (although this has 10 rounds). I suppose this game can be pleasant for mid-heavy euro fans. But when board games market has so many games released each year, this feels like a waste of time, when you can play more exciting games, with more interesting decisions, themes and styles. Standard euro – 6/10.

I’ve been reminded recently about how long i have spent with IgniteRealtime.org community (a place for XMPP based projects and people using or developing it). So i have checked my forums profile and today is exactly the day i have joined 14 years ago (2005.01.24). This is a few months later than i started at my first job. And my first major task there was indeed to setup an internal communications solution (“like Skype, but for internal usage”). That’s how i’ve found JiveSoftware and then Jive Messenger (later renamed to Wildfire and now Openfire). Then Jive switched to other products and created IgniteRealtime to donate their older projects to the community. I have heard about Jabber (currently XMPP) before and i think have tried it a bit a few years before while studying at university. When i had my first internet line installed at home my ISP also had an internal chat system for its customers based on Jabber. So picking this technology was an easy choice for me. It also was flexible, as you could use any XMPP client and you could choose one better suiting your company’s needs. And it was free 🙂 At first i had a lot of questions, but after a few years i was mostly helping others to fix problems, configure things. It has become a natural daily routine to check forums and reply to a few posts, to pop in into real time chat with developers and users. In 2015 i’ve decided to step in and took over then abandoned Spark project (XMPP client). Although i’m not a developer, so it was mostly managing patches, filing bugs, doing releases and writing a few lines of code here and there. Spark is currently in a limbo with a few major issues blocking its next release and absence of experienced coders contributing to it also hurts, but it still moves forward slowly. Just fixed a few issues the other day. Although we have switched to Skype for Business at work i haven’t quit this community and still looking forward to participate and collaborate for many years onwards 🙂 END_OF_DOCUMENT_TOKEN_TO_BE_REPLACED

END_OF_DOCUMENT_TOKEN_TO_BE_REPLACED

This year i have decided to make things simpler, as i don’t play many new games, my top 10 is not changing that much and i don’t have what to say about older games. So, only EN post this time and only lists without explanations 🙂

Best new to me games this year:

Best games of all time:

END_OF_DOCUMENT_TOKEN_TO_BE_REPLACED 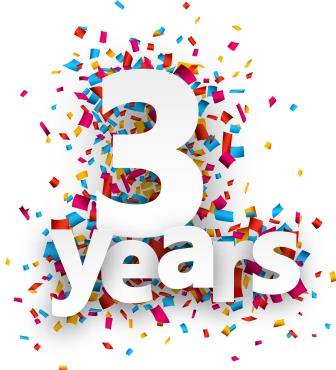 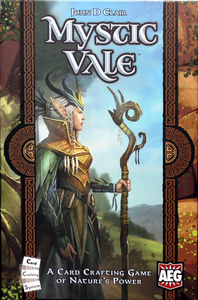 This is one of the first popular card crafting games. Similar to dice crafting games, where you change faces of your dice to make them better. First of all, i have only played a digital version of Mystic Vale on Yucata, but i feel that physical aspect of dealing with sleeves and sliding upgrades in (and out at the end of the game) would annoy me. So because of that i would rank it lower. But is it worth it dealing with sleeves. This game lacks excitement. Maybe new game with this mechanisms that AEG plans to make will have more things to do. In this one you essentially get mana, buy upgrades to get more mana, get more mana and buy more upgrades to get more mana. Some upgrades have points printed on them. There are also special symbols, which allow you to buy special cards, but in general they just give more points and i was able to do well not even paying attention to what special symbols i already have. So, it feels repetitive and a bit dull. Long build up only adds to that feeling. For a good chunk of a game you can’t do anything special. You get a few drops of mana and can only buy a regular or very cheap upgrade and this repeats on and on. After a while you accumulate a bit more mana and more interesting choices can be made. But it takes a while. There is an option to push your luck and try to get more mana on your turn risking to burn your turn. And it is not worth it. I tried this strategy a few times and it failed. There are just too many corruption icons on your cards in the beginning. So you are better to just slowly build up (it feels like the game could be better if you would get better cards with more mana in your starting hand). You can even burn automatically without pushing your luck! It is in the game mechanisms and it happened to me a few times. This is just dumb. All in all, there are some unique aspects to this game and in general it feels like deck building game and i like this genre. But the gameplay is dull, repetitive, with a too slow build up and random burning mechanism. Also physical aspect would drive me away. So, only 6/10.

A while ago i have posted about how i plan to deal with big feature updates for Windows 10 via WSUS. Now the April 2018 Update (1803) is out. Nothing has changed about the issues with Cumulative Update after the upgrade. Windows 10 still can’t see the latest Cumulative Update on WSUS after the upgrade. I have searched on this topic and read at some site, that it was a known bug for 1607 version. I guess it will never be fixed..

Last time i have explained how i was going to work with feature updates for Windows 10 further, which would involve lots of manual checking and fixing. I was also hesitant to do scripting, as it was hard to make a good and error prone script. But i have finally decided to try it with scripting, because it would just be very time consuming to do the old way for hundreds of PCs twice a year. END_OF_DOCUMENT_TOKEN_TO_BE_REPLACED 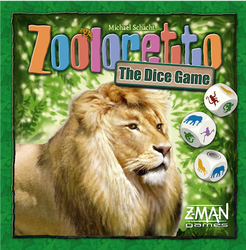 Another older game. I have only played the bigger game on my PC and it felt a bit too big and too long. The dice version seems as a perfect fit to me. And this is most probably the most played game for me (partly because of it being available on Yucata). It’s a dice game, so you can’t really have a long term strategy (well you can, kind of). So it is a highly tactical game. You have to constantly accommodate to dice rolls, your opponent moves. And that’s what attracts me in this game the most. It’s a fairly simple game. You take turns to roll two dice and then select where to put them. There are 3 trucks with 3 spots on each one. You can put all dice on one or split them. Then you opponents choose which truck to take and put selected dice into they area. You collect different species of animals and get points for that. You also try to be the first to get all animals of every specie to get bonus points. But if you already have one category filled, you get foul points for getting too many animals of that kind. So it’s a balance seeking game. Should you only take a few animals at once and try to always have all categories with empty spots to not get foul points (but on the other hand, not getting the bonuses)? Or should you at some point rush to complete categories to get those precious bonus points and force the game end (it ends when one player has only one kind of animals not filled). You can also force opponents to take too many animals by making one truck too tempting, so they would be afraid to leave it for you. And there are coins also to mitigate foul points and to give a bit of additional points. The game is very quick, yet it has a sweet spot on being quick and providing enough tactical choices (sometimes even brainburny). Of course, there is a bit of luck involved with dice rolling, but i don’t mind it in this game that much. This is also only a two players game for me (it can be played with 4), because with more players it gets too chaotic and tactical choices diminish quickly. So i will rate it a tad lower because of this limitation, but it is still a great game. 8/10

Short post this time. After all the mess that happened after the Spectre and Meltdown vulnerabilities disclosure and a frenzy of patching (i think Microsoft has released updates 5-6 times in January) a few machines in our network have stopped updating their status in WSUS. Although, they were still able to check for updates. It happened after a failed installation of KB4056892 update. Which then installed correctly, but since then no status updates were sent. The solution is as per usual: stop the Windows Update service, wipe C:\Windows\SoftwareDistribution folder, start the service and run the check for updates.

Same as last year putting here a bit of stats about my blog.