So, this time only two new games (will not count one game of “4 in a row). Maybe will have to post about one new game right away and not wait until i gather more in the future. 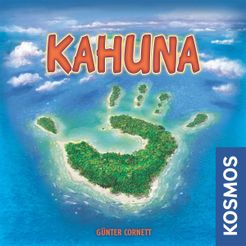 I hated it after the first play. Then i decided to give it one more chance. I’ve won the second game. After the third one i’ve decided that i don’t want to play it anymore. Even when i’ve managed to win, it didn’t feel that i did something clever or outsmarted my opponent. I was just lucky to get the right cards. The problem with this game is, that once you did a few bad moves you will drag on a second place for the reminder of the game without a slight chance to come back. This is unacceptable, especially in an abstract game for two. The game is from 1998 and it feels (visually it is not very attractive either). Most probably there is some deep strategy, tactics in there, but i don’t even want to discover them. 5/10

The Voyages of Marco Polo

First of all, that name?? Some publishers don’t consider that simple names are letting people to share their impressions easier and to find information on the internet. By the way, the biggest problem with this game is exactly that “travel” part. Because the game is too short and you have to do lots of things in it to collect enough points, so the traveling part is very limited and leaves you with a bad taste in your mouth. I’ve played 3-4 games of it. In one of them i’ve tried to concentrate on traveling and still wasn’t able to fulfill both of my travel tasks. On the other hand i’ve collected very few points in other parts of the game. In other sessions i wasn’t thinking about traveling at all and concentrated on fulfilling the orders. True, i still didn’t won, so maybe one has to keep a balance and try to do everything. But when you are not able to complete just one traveling task, it is not allowing to get full satisfaction from a game. And the other parts (action selection, orders fulfillment) are fun. That’s why it gets a higher rating. But every session i’ve played felt too short. 7/10