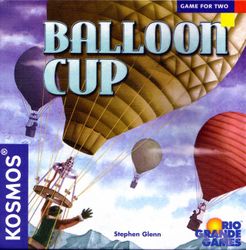 Playing this game over 5 years now and i still don’t get bored of it. It’s one of the first games i have tried on Yucata. Some players blame it for being to dependent on luck of card draw. I agree partially, but i think the game has enough mechanisms to balance it out. There are always 4 locations to place your cards. If you don’t have the right card tight now, you can always play a weaker card somewhere, where it won’t mean much, won’t give too much to an opponent. There is enough space for tactics in this game. Which cards to keep for later, when to play your best card and when a medium card is enough to claim a spot. When you play this game for a long time, you start to see every minor aspects of it. You feel when it is better to skip the spot with 4 cubes and better take 3 cubes. when you don’t have goo play, give your opponent one cube spot and hope you will have better chance on an additional turn. The game is very simple mechanically and therefore attractive to new players, couples. There are 4 locations with cubes and you play cards with numbers on your or opponent’s side trying to get more in total (or less, depending on requirement). At the same time you are racing to get enough cubes of a particular color to claim cups which give you points to win the game. There are some aspects of the game though i have only learned after a few years of playing it. Such as a possibility to change cubes of a not needed color to one of needed one. Yucata’s implementation is clean and simple, although maybe lacking some visual cues about some rules (such as mentioned option to swap cubes for another cube). My rating for this game is 8/10.