In this post I will share my experience with fixing a vulnerability related to built-in Windows/Microsoft Defender antivirus (not to confuse with Microsoft Defender for Endpoint service). This is an integral part of Windows 10 and is still present on the system in some form even when you use a third-party AV solution. In that case it should be dormant and can be used for just a simple scan. But sometimes it can be not the case.

END_OF_DOCUMENT_TOKEN_TO_BE_REPLACED 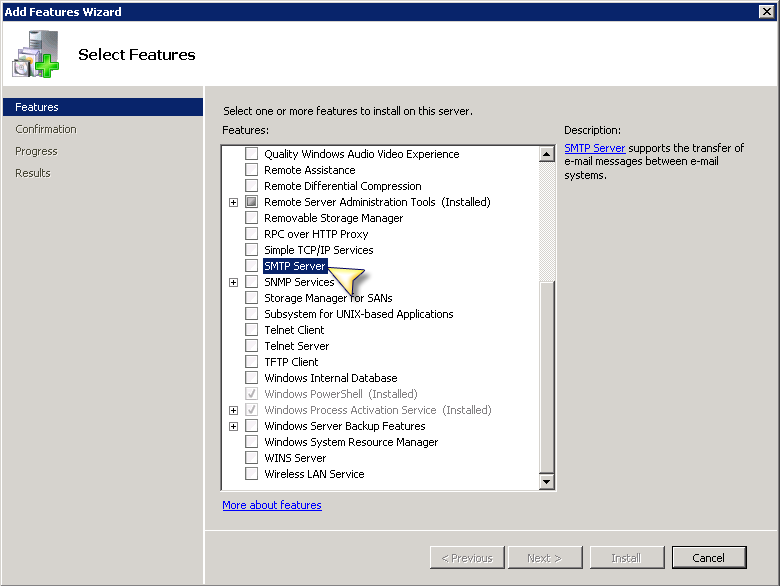 With Microsoft hammering down on Basic Auth support in Exchange Online many systems admins are wondering what to do about email function in multi function printers and scanners and other internal systems that have to send emails (SharePoint and similar). Although it seems that SMTP Auth might stay available a bit longer even after the final date in October of 2022. Still, there could be better options to avoid problems when Basic Auth is gone and MFPs cannot send emails directly to Exchange Online using just email and password. I am not 100% sure below provided setup will work all the time, but it was recommended by our MS partners and listed on Microsoft support page. END_OF_DOCUMENT_TOKEN_TO_BE_REPLACED

The blog is 6 years old today. A short overview of changes (full summary as usual on January 1st). This year i have stopped doing Microsoft 365 news posts. Same as with board games news it became too tedious to keep up with the avalanche of news and to do short summaries of all of them in Lithuanian. So, after doing this for 2 years i’ve decided to stop. Now i only occasionally post something on LinkedIn with a link to a news article and my short summary or opinion. This feels more comfortable. I try to pick only something that stands out or is interesting to me or readers. As i don’t post it here, i get less traffic to my blog. But i am still getting enough views of old articles (some are still puzzling). Also stopped doing Firefox release posts as i got disappointed with Firefox in general and stopped posting in a local community that i used to post about Firefox news. Have only done 9 technology articles, 2 books, 3 movies and 1 board game review so far. I might finish one more book before the end of this year or do another review of an old board game in collaboration with D6.lt. But this year will be scarce on content. And i kind of start to feel an urge to start doing some series again 🙂 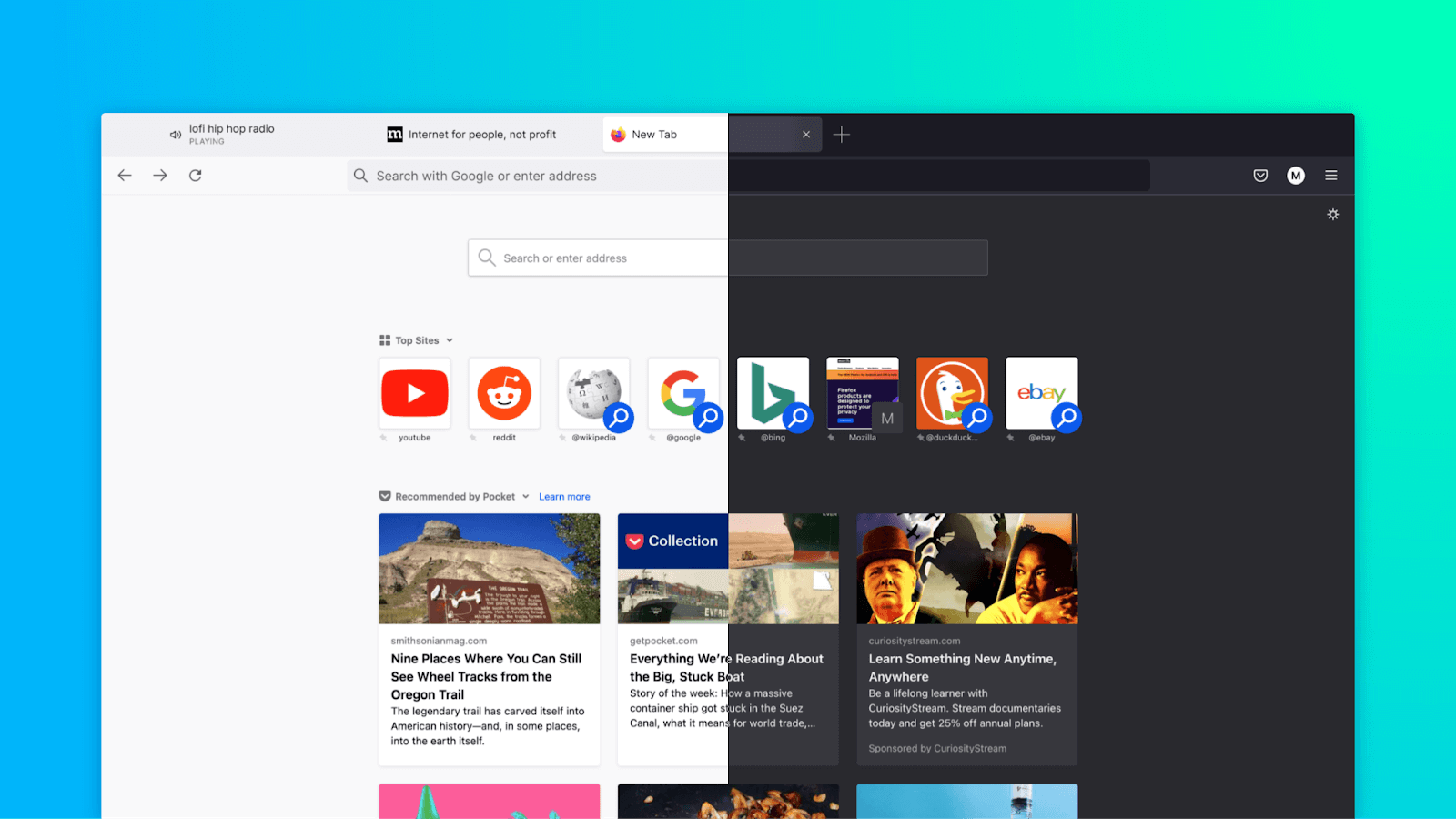 This will be my last post about new Firefox versions and this time in English. I started posting release notes in Lithuanian here a few years ago as i was posting them in a local forum, so i figured i will post this in my blog and then copy to that forum. Which is nearly dead now. As well as my interest in posting such things 🙂

It feels like only yesterday i was writing about my concerns about Quantum update (with its Photon UI). It killed a lot of things i liked about Firefox (customization and ability to extend various features). I have adjusted to that and to the loss of many extensions, although i still miss some of them and more robust tabs handling (multi rows, tabs opening position, etc.). I didn’t like the UI changes as well, but it was easier to get used to.

Seems that redesigns and UI changes happen more often in Firefox now. Maybe this is an attempt to stay relevant (even bad press is still press). Some will hear negative comments and will be curious to try to see is it really that bad. But i believe that influx of new users is not as high as exodus of long time users.

END_OF_DOCUMENT_TOKEN_TO_BE_REPLACED

Last year i have mentioned that i have started using Matomo. But it was in the middle of 2019, so i couldn’t use it for annual stats. Now that i have used Matomo for a complete year and also given the fact that i’ve screwed up in February by uninstalling old Google Analytics add-in in WordPress without realizing it is actually connecting my page to GA (i have lost 20 days of stats because of it), i decided to use Matomo numbers instead of GA for page views this time. I have compared them and they of course are very similar. Matomo numbers are a bit higher. Not sure if it counts differently or because of that 20 days gap in GA. But i like higher numbers better 😀 Will see, maybe next year i will go back to GA numbers or maybe i will get rid of Google Analytics completely. Although it is nice to have two options, if one suddenly stops working. The 2020 stats:

END_OF_DOCUMENT_TOKEN_TO_BE_REPLACED

Some stats from Board Games Stats app for the whole year. The play count is rather big, because i also count my plays on Yucata and BGA. But there were also some live plays last year. Numbers dropped a lot because on Yucata i mostly play with one friend and she was not that active. Also pandemic made the live plays number lower, but still managed to play 6 games until the first quarantine.

I haven’t played a lot of new games this year. Mostly because of the pandemic. Last time i had a game party was at the beginning of March. Which was also the time i played one of the new to me games. Which actually was Pandemic: The Cure. And we won 🙂 But real life situation was more complicated. I also haven’t played any new game aside from Hadara on Yucata or BGA, although there were a lot of new games created in these systems. But most of them didn’t peek my interest. And i guess i kind of cooled off on board games in general. Watch less reviews and related content on Youtube and play less on Yucata. But i still like playing and maybe 2021 will have more new discoveries. As usual, Top 100 compiled using Pub Meeple’s Ranking Engine.

Best new to me games this year:

Best games of all time:

END_OF_DOCUMENT_TOKEN_TO_BE_REPLACED

A little bit of history. 5 years ago i was at home for a few months, recovering after a few surgeries. As i was bored i decided to finally put my domain wroot.lt to use (i had it since 2007 and only used for my personal email till then). It was surprisingly easy to use my hoster’s system to install WordPress and start tinkering with design and settings. The overall look hasn’t changed that much since then. Still the same gray and black theme based on Sparkling from Colorlib. As time went i have added a few plugins, removed some, enabled SSL, etc. At first i thought i would mostly post about board games as there is not so much coverage in Lithuania and i was posting some news in Lithuanian for a while. Of course, there was almost nobody reading that and it got too tedious to gather and translate the news. So i have stopped and only posted a few reviews of games or movies sometimes. A few years ago i have started using Office 365 a lot and following the news. And then i decided to start sharing them, again, in Lithuanian, as there are not so many sources here posting about this. And for now this is the main focus of this blog. I also started reposting these news to LinkedIn to drive more attention. Occasionally i will post about some other technology stuff, recently started posting reviews of books i am reading. It is not like this is still fresh and exciting to do that, but i’m persistent and i still kind of like it, like seeing stats and what gets more visits. And i just don’t want to stop and let this blog go into oblivion. Maybe at some point i will come up with something interesting and catchy. Probably not 🙂 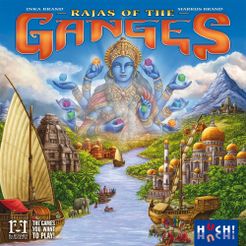 I first heard about Rajas of the Ganges a while ago, although i still was surprised to learn it is almost 3 years old now. It looked like a common points heavy euro game, so i didn’t even bother to watch a review i think (or i watched and didn’t think much of it). I also heard a few times how neat is its scoring mechanism, where you either go hard on points or money and have to meet another track to win and so on. This didn’t sound interesting on paper either. But when it came out on Yucata i decided to give it a try and solidify my assumption, that i won’t like this euro. This long intro is just to show you how assumptions can be wrong. And boy, i was wrong 🙂 I liked this game on my first try, where i did horribly and lost by a mile behind my opponent. Next time i played with the same player and shoot ahead quickly, but eventually lost at the end running out of steam. My third game with the same opponent and i finally won by doing a balanced strategy. And that feeling when you get closer and closer on both tracks to meet in the end, it is so satisfying. You build something, you get a few points and a bunch of coins and you move both markers closer to each other, you cross the bonus spot and move a bit further again and so on. I haven’t yet explored all the options and strategies even. I don’t do much in the market and on the river and am still able to play strong with mostly building tiles, but i had one game where i got tons of money from the market, so it seems fairly balanced. Manipulating dice is also fun and getting more and more of them is very satisfying. But you have to sense when it is time to sacrifice a few of them to build that juicy city tile and get points. This game managed to beat Oracle of Delphi for me. Maybe because it is still fresh and i have already played Oracle a ton. And it shows that i might like a clever euro a lot. Strong 9/10.